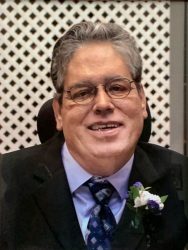 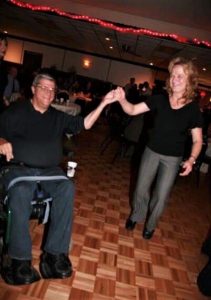 Operation LINK began as a branch of Developmental Services of Northwest Kansas. Operation LINK was formed through the provisions made in the Rehabilitation Act. Operation LINK is the first Independent Living Program implemented in a rural setting in the mid-western United States LINK provided services in 9 counties: Norton, Phillips, Smith, Graham, Rooks, Osborne, Trego, Ellis and Russell. This area covered over 10,000 square miles with a population of over 60,000. Paula McElwee was Executive Director during this time.

The Kansas Rehabilitation Association presented an award at their annual banquet to Operation LINK. Operation LINK was cited for outstanding work that directly contributed to persons in northwest Kansas whom have mental, physical, or emotional impairments and help them achieve personal goals through increased self-reliance and interdependence. The staff consisted of Lee Razak, Paula Dinkel, Barbara Schleich and Robert Mikesic.

LINK hosted an awards ceremony with guest speaker Howard Moses, a longtime advocate of rights for the disabled, who was instrumental in spearheading support for new state legislation benefiting the disabled, including the state accessibility law, non-discrimination against severely disabled in life and disability insurance policies and tax credits for removal of architectural barriers. During that ceremony, Operation LINK highlighted outstanding accomplishments of participants during 1982 and each individual received a certificate of merit, based upon the significant progress that has occurred in an area of particular importance in their life.

Operation LINK had offices in three locations: Hays, Smith Center and Stockton. There is a total of 8 full time staff and three part-time staff. Operation LINK became incorporated with its own governing board that year.

Developmental Services of Northwest Kansas received a grant to renovate an old building in Hays so that LINK could have its own accessible location. The office then was located at 1310 Walnut in Hays. LINK then began to expand its services to 18 counties in northwest Kansas.

Construction on the LINK building located at 2401 East 13th in Hays began. Due to the increased service area of 22 counties and the number of consumers needing services, LINK expanded both its personnel and outgrew its old building.

The Hays Area Chamber of Commerce has ribbon cutting at the completed construction of the new building on September 20, 1996.

This marked the 30th year for services to individuals with disabilities in western Kansas. A celebration took place at Fort Hays State University (FHSU) with speakers from the disability community and FHSU.

Offices in the Hill City and Colby area were closed. Staff transferred to the Hays office or relocated to Great Bend. Offices are located with main office in Hays, satellite offices in Liberal and Great Bend. With current changes to Managed Care Organizations to provide Targeted Case Management, staff reduction is seen.